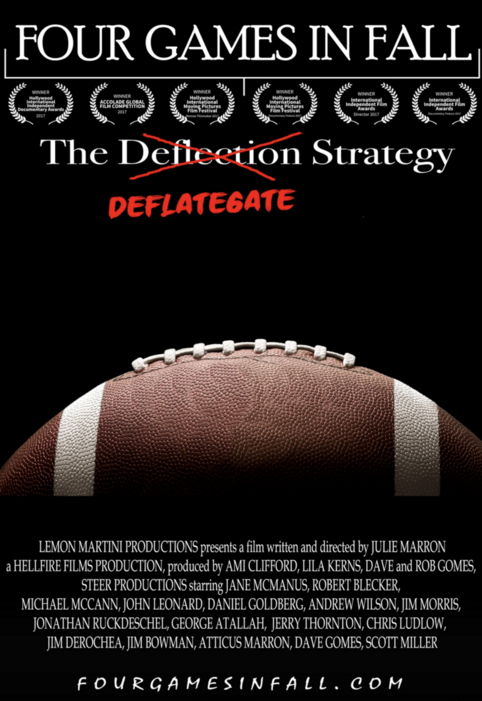 How to Manufacture a Scandal

This award-winning film explores the highly topical issues of media manipulation, science for hire, and perversion of the legal system…all through the lens of the Deflategate scandal.

Through interviews with attorneys, journalists, professors, and fans, FOUR GAMES IN FALL examines how accusations of deflated footballs became a national obsession. The film goes beyond the football to show that the tactics used by the NFL in this scandal are not unique, but are frequently replicated to manipulate public opinion, influence government regulation, muddy the waters around science, and unfairly impact the outcome of court cases.